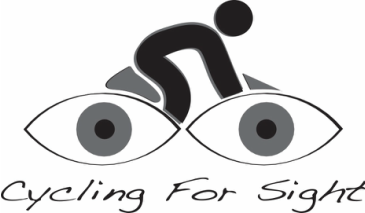 Below are some of the Special Guests who will appear and share their visions during the re-imagined Cycling for Sight, June 13-14, 2020.

Patty Collins is a decorated Army Colonel with 24 years of service, and elite Paratriathlete (PT4) international competitor siince 2012, including member of Team USA in the first Paralympic Triathlon in Rio in 2016.  Tours with her Special Operations unit in Afghanistan were interrupted by a bicycle accident back home, which ultimately brought opportunities in international athletic competition and beyond.  Patty enjoys piloting tandem with BVI stokers, and annual mountain bike camps for veterans on the George W. Bush ranch.  Patty is a graduate of the BSC Tandem Clinic and enjoyed the 2018 Cycling for Sight with the BSC, along with BVI stoker Evelyn Valdez.

Inaugural 2005 Cycling for Sight participants - Hear retrospectives from CFS Co-Founder Jonathan Hebert, and other members of the ambitious collection of colleagues at Pfizer La Jolla and friends - with a hope to impact lives of people who may not see well with their eyes, but seek the joy of riding a bike.  The last leg of the 2005 CFS, joined by 15 BVI tandem teams, soon became known as the Blind Stokers Club (BSC).

Jeremy Poincenot delivers a personal and universal message of interdependence beyond independence.  At 20 years old and with his dad as his guide, the pair won the 2010 World Blind an Australian Blind Open, an Italian Blind Open and two more World Blind Golf Championships.  In 2009, Jeremy and friends created the C.U.R.E. (Cycling Under Reduced Eyesight) Ride, raising awareness and funding research for LHON, the rare genetic disorder that brought him challenges and opportunities.  Jeremy was introduced to tandeming through the BSC and rides C.U.R.E. each year with his former SDSU roommate.

Ahmet Ustunel is a full-time teacher of the visually impaired in San Francisco. He is also an avid outdoorsman and one of the inaugural recipients of the Holman Prize for Blind Ambition. He began solo kayaking in San Francisco Bay shortly after moving to the United States from Turkey a decade ago. With the Holman Prize, Ahmet achieved his ambitious goal in July 2018 by paddling across the Bosphorus Strait, which divides the European region of Turkey from its Asian counterpart, completely alone.  Ahmet has been an active member of the Blind Stokers Club (BSC) siince 2014.

Erik Weihenmayer is an athlete, adventurer, author, activist and motivational speaker, and the first person without sight to reach the summit of Mt Everest.  Co-founder of No Barriers, a nonprofit organization with the tagline, "What’s within you is stronger than what’s in your way.”  “The Weight of Water” movie documents Erik and a group of solo kayakers journey through the entire whitewater passage of the Grand Canyon.

RAAM Team Sea To Sea is an 8 person, 4 tandem Race Across America (RAAM) team. They are the first RAAM team with all blind stokers. In June 2018 TSTS completed RAAM in 7d 15h and shared their message -  that intelligence, perseverance, and collaboration exist deep in the human spirit, allowing us to overcome adversity.

Lex Gillette is an athlete, author, speaker and artist, who proves there is “no need for sight when you have a vision”.  Since 2002, Lex has excelled in the Long Jump, claiming medals around the world.  Lex is training for his 5th Paralympic Games, a string that began in Athens in 2004. Currently, Lex is busy signing copies of his new book “FLY! Find your own wings and soar above life’s challenges”. In his off-season, Lex enjoys tandeming with the Blind Stokers Club.

Project Speed reunited Denise Korenek with paced bicycle land speed record holder (1985-1995) John Howard, also a 3-time Olympian and US Cycling Hall of Famer.  John had coached Denise as a junior cyclist who later satisfied her need for speed racing cars.  After setting the Women’s paced bicycle record in 2016, Denise and Project Speed, with pace car driver Shea Holbrook, shattered the overall record with a run of 183.9 mph at the Bonneville Salt Flats in 2018.  Both John and Denise have piloted tandems with BVI stokers in the Blind Stokers Club.